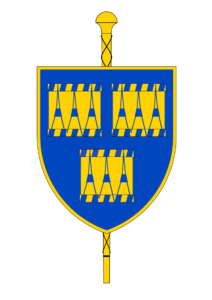 Any person interested in military music can be accepted for membership of the society.

The birth of the composer Sam Rydberg (”The march king of Sweden”) on the 27th of October 1885 is annually celebrated by the society.

The bugle call of the society (Swedish: Igenkänningssignal) consists of a signal according to the image below to be played on the bugle (Swedish: Jägarhorn) in Bb.