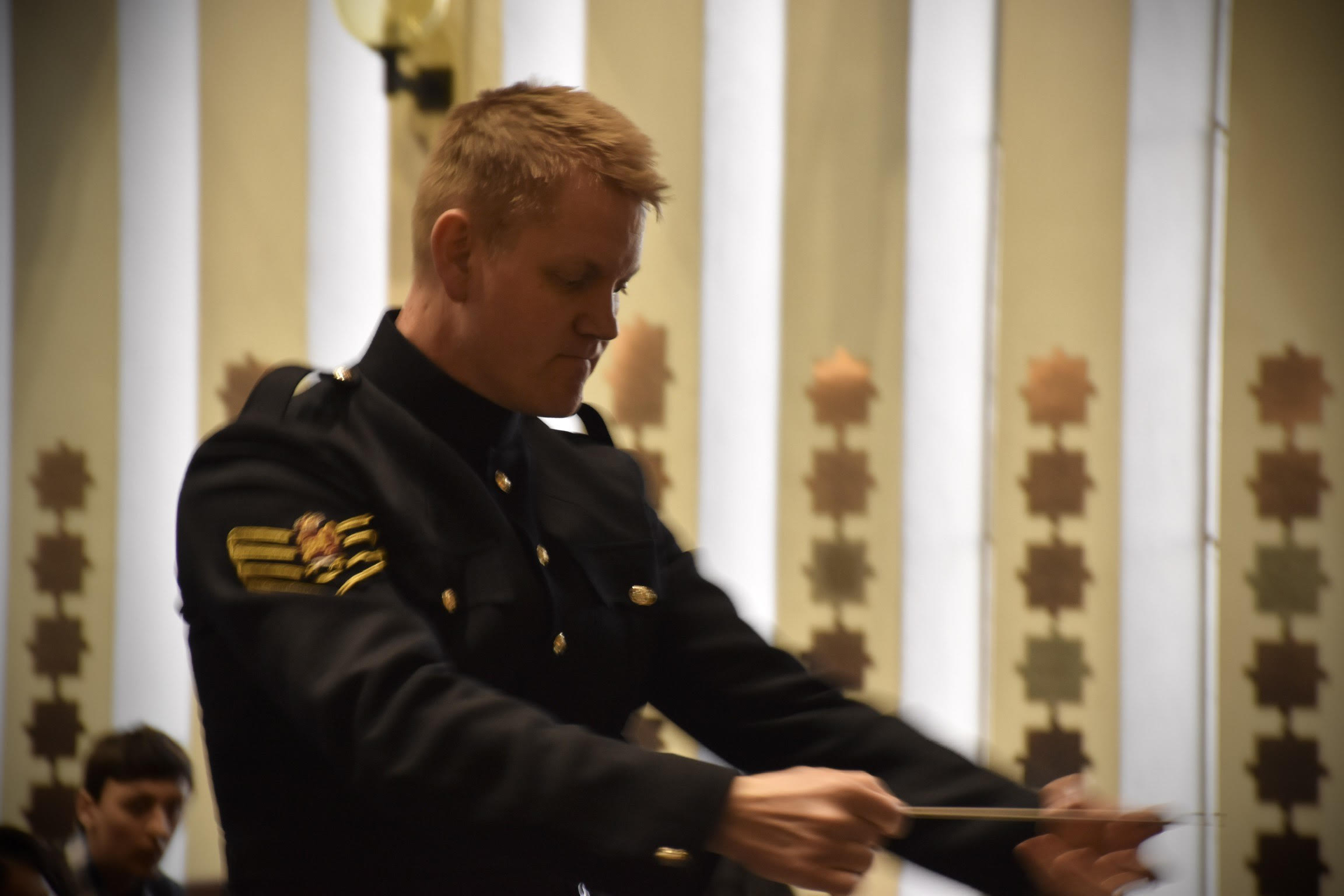 The Swedish Military Music Society have managed to get an interview with Mattias Andersson – Warrant Officer Class 2, Bandmaster.

I started learning to play the trumpet player at the age of 10 at my local music school in Strängnäs, Sweden. I was a member of the local wind band, drum and bugle corps and big band at the music school.

The Swedish Army Band was based in my hometown and their performances inspired me to later audition for the band.

I did my National Service with the Swedish Army Band in 1999 and was fortunate to take part in the Nova Scotia International Military Tattoo that year.

I have since then performed with a number of civilian orchestras across the UK as a freelance musician and one of my personal highlights was to perform Mahler’s Symphony No 2 with Philharmonie der Nationen during a short tour of Germany. 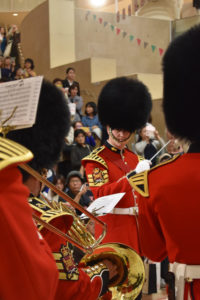 How did you end up in the UK as a military musician and what position do you have or have had?

After my year with the Swedish Army Band I wanted to pursue a career in music and undertook foundation studies in music at Dalarö Folkhögskola to prepare for University level music studies. My trumpet teachers were Kent Jonson and Torben Rehnberg from the Royal Opera House and Stockholm Radio Orchestra respectively. Torben made me aware of the possibility to audition in Sweden for the Birmingham Conservatoire.

In 2001 I moved to Birmingham to study trumpet performance at the Conservatoire for the next four years. Once I finished my degree in music I worked as a freelance musician and music teacher for a few years before auditioning for the Band of the Grenadier Guards as a cornet and trumpet player.

I was with the Band of the Grenadier Guards as a cornet player for four years; I then applied to join the newly formed brass band in Wales, the Band of the Prince of Wales. Having only been with my new band for a short period of time I was selected to take the Musical Direction Course at the Royal Military School of Music, Kneller Hall to train as a Bandmaster.

Once I finished my studies I was assigned to the Band of the Royal Corps of Signals based in the Midlands as Bandmaster. In September 2019 I was assigned back to the Band of the Grenadier Guards as Bandmaster and recently promoted to Warrant Officer Class 2 but have yet to be able to get tailored for my new uniform, hence the photos of me in my old Colour Sergeant rank. 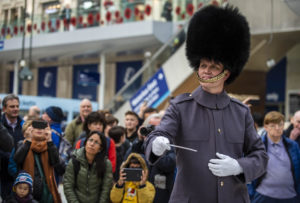 How is life as a Swede in the British military music environment?

To join the British Army I applied for British Citizenship, which was quite straightforward, as I had lived in the UK for more than the minimum number of years to be eligible to apply.

Being a Swede in the British Army is not such a big deal as this organisation is very diverse with soldiers and officers from all corners of the world. I was made very welcome into the Band of the Grenadier Guards and the British Army and I have been very lucky to take part in some fantastic events such as the Closing Ceremony of the London 2012 Olympics and Her Majesty The Queen’s Diamond Jubilee celebrations to name some of the highlights from the early stages of my career.

Recent highlights have been to both play and conduct during a concert tour of Japan along with conducting the band during the Changing of the Guard ceremony at Buckingham Palace.

How does the Covid19 affect your professional activities?

In line with the social distancing policy set out by the UK Government, the majority of all band activities have been cancelled. This has also been the case for all civilian orchestras and musicians in the country and I really hope that all of my civilian colleagues are ok and that their work will resume in the near future.

However, some musicians from the Household Division took part in the Victory in Europe 75 Year Anniversary Celebrations that were
broadcasted on BBC in May this year. I had the fortune to watch my colleagues on TV even though I would have been very keen to take part myself.

I currently work from home where I practice my instrument, plan for future events and complete administrative tasks along with
jointly home-schooling my four children together with my wife.

We thank Mattias for his time and we at The Swedish Military Music Society wish him all the luck in his career.